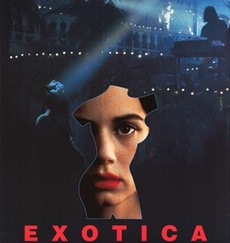 Alexander and William put aside their mommy issues to analyze the dysfunctional relationships portrayed in Exotica. Get comfortable as this sassy duo undress Atom Egoyan's acclaimed 1994 movie about the denizens of a Toronto strip club. Then on the side stage, get a flash of other movies they have seen recently.

Discover the mysteries of the movies discussed in this episode by viewing the IMDb pages for Exotica, Calendar, Mr. Holmes, Midnight Special, Le Bonheur, The Gleaners and I and 10 Cloverfield Lane. What are you waiting for?
Posted by Will Lee at 10:10 No comments:
Email ThisBlogThis!Share to TwitterShare to FacebookShare to Pinterest

Review: Into the Forest

There is no shortage of post-apocalyptic stories focused on brooding men who have to wrestle with a new moral and societal framework, and get to kill a bunch of dudes along the way. Examples abound across different media, from television shows and graphic novels like The Walking Dead to the various entries in the “Living Dead”, Planet of the Apes and Mad Max series. Into the Forest, on the other hand, is an atypical post-apocalyptic narrative for a number of reasons, the most prominent of them being its focus on two female characters. Director Patricia Rozema's film has little interest in the usual murder and mayhem in the other titles listed above. Instead, the circumstances of the characters’ outside world are the catalyst that reveals the fragile nature of their domestic lives.

Read more »
Posted by Alexander at 20:41 No comments:
Email ThisBlogThis!Share to TwitterShare to FacebookShare to Pinterest 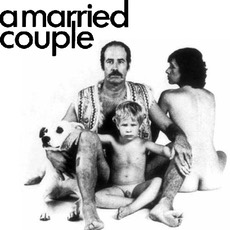 Alexander Cairns sits down with filmmakers Devan Scott and Will Ross to talk about two films by Allan King. The master of direct cinema made two landmark documentaries in the 1960s. A Married Couple takes an unflinching look at a modern marriage and Warrendale observes the lives of emotionally disturbed children at a Toronto institution.

Then the trio considers the work of satirist Vic Berger, creator of hilarious Vine and YouTube videos.


For more information about the movies discussed in this episode, see the IMDb pages for A Married Couple and Warrendale.

Posted by Will Lee at 07:00 No comments:
Email ThisBlogThis!Share to TwitterShare to FacebookShare to Pinterest
Newer Posts Older Posts Home
Subscribe to: Posts (Atom)