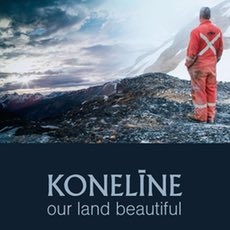 KONELINE: our land beautiful mesmerizes William and Alexander on this episode. Nettie Wild's documentary considers the future of the northern BC wilderness and its meaning to the Tahltan First Nation and other communities of region. Side topics include how Vancouver's Rio Theatre is too cool to accept coin money and Seth Rogan talks how to ride transit.

Find out more about the movies we mentioned on the IMDb pages for KONELINE and Manufactured Landscapes. On older episodes we talked about Haida Gwaii: On the Edge of the World, were shocked by the shameful bit of history chronicled in Kanehsatake and pondered the unusual beauty of Manufactured Landscapes.
Posted by Will Lee at 05:00 No comments:
Email ThisBlogThis!Share to TwitterShare to FacebookShare to Pinterest

How much do you need to know about a story before you hear the story? On episode 65, we talked about the 2012 movie Marion Bridge, based on the play by Daniel MacIvor which premiered on Canadian stages in 1998. On the podcast, we talked around a big plot reveal in the movie in case future audiences might want to discover that development for themselves upon their first viewing. We disagreed about whether it was really supposed to be a secret but listeners to that episode probably made a reasonable guess as to what we were hesitant to say aloud given the clues that we dropped. Indeed, dramas about broken families tend to dip into a limited pool of domestic trauma. The plot synopsis on the DVD box from Film Movement states that family secret in such a matter-of-fact fashion that I believe whoever wrote it believed that that piece of information was taken for granted at the entry point to the story. However, I doubt that it was meant as prerequisite knowledge to the story.

Read more »
Posted by Will Lee at 14:04 No comments:
Email ThisBlogThis!Share to TwitterShare to FacebookShare to Pinterest 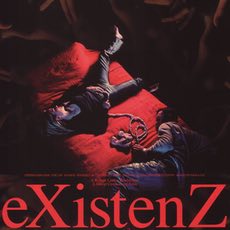 Alexander and William feel the urge to podcast about David Cronenberg's film eXistenZ. The 1999 film about virtual realities proved prophetic about our relationship with gaming tech. Dwarfed by a certain Hollywood blockbuster in its day, the podcasters compare the film to another box office behemoth.

Find out more about the movies we mentioned on the IMDb pages for eXistenZ, The Matrix and Inception.
Posted by Will Lee at 08:30 No comments:
Email ThisBlogThis!Share to TwitterShare to FacebookShare to Pinterest
Newer Posts Older Posts Home
Subscribe to: Posts (Atom)