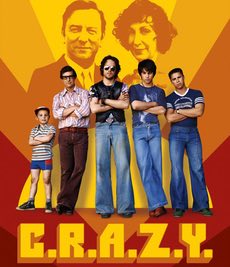 William and Alexander have positive reactions to C.R.A.Z.Y.  Directed by Jean-Marc Vallée, this 2005 movie is about surviving the 1970s, Quebec winters, Christmas and family. This is our last episode of the year. Happy holidays.

Find out more about this movie on its IMDb page: C.R.A.Z.Y.

Stay in touch with us between episodes via Facebook.
Posted by Will Lee at 05:00 No comments:
Email ThisBlogThis!Share to TwitterShare to FacebookShare to Pinterest

Nirvanna the Band the Show the Recaps - The B-day

The B-day opens with a confusing bit of racist caricature, in the form of Matt singing Cornershop’s Brimful of Asha with a thick accent. It is confusing because the original song was written and performed by a British Band with members of Indian heritage but he is putting on an African accent. It is also confusing because Matt ad libs some lines about how the song is about heteronormativity and discrimination against homosexuals. Given the show has not established that it is dealing in these kinds of social issues, it is difficult to not just dismiss this scene as a miscalculated attempt at turning this racist caricature into a meaningful bit of commentary on ‘heteronormativity.’ That said, it is also possible that the writers just think it is funny to put on bad accents for comedic effect.

While I think the scene is simply misguided, I would like to explore how this moment fits into the context of the rest of Nirvanna the Band the Show. The focus of the show is, undoubtedly, on Matt and Jay’s relationship and their efforts to get a get a gig at the Rivoli. However, their various exchanges throughout the dozen or so episodes thus far have hinted at their broader worldview. In particular, occasional moments reveal Matt and Jay’s cultural and racial prejudices. As early as the pilot episode of the show, The Banner, Matt eludes to a hypothetical audience at the Rivoli not trusting them because they are “white guys.” In The Booking, Matt labels Now Magazine as a “feminist weekly.” This triggers an exchange with Jay where they both say they are feminists because “that’s what you say.” In The Boy, when Matt is planning their excursion to Mandarin on Canada Day, he remarks that the person on the other end of the line “doesn’t know what Canada Day is,” which immediately comes across as an assumption that the person is not Canadian due to their accent. The Buffet and (I think) The Banned both use Chinese lettering and what sounds like traditional Chinese music, presumably for comedic effect, but since I am not familiar with what they are referencing with this music and visual styling, it is difficult for me to comment on it. Lastly, in the early episodes of this new season, both Matt and Jay have revealed their pubescent view of sex and female conquest.

This show portrays two (white male) adults who are clearly stuck in a more juvenile stage of development and this inevitably bleeds in to their lack of understanding of other cultures or the opposite sex. Sure, it is fine to have fictional characters do and say sexist and racist things. However, when this perspective comes up consistently in a show that does not offer a female perspective or include any non-white characters, it starts to suggest that this may just be what the writers actually think. Admittedly, the show is a product whoever Matt and Jay can unwittingly rope in to a scene, so it may be difficult to portray other perspectives. Still, it is hard to ignore that these two white guys think it’s funny to laugh at foreign accents and immigrants, and diminish feminist ideology.

Looking past the above rant, The B-day was one of the show’s best episodes, especially in terms of the public interaction that takes place. The episode opens with Matt forgetting Jay’s birthday and Matt frantically suggesting they go to the Eaton Centre to buy Jay a gift. Coincidentally, Jay’s birthday is on April 20th (4/20). Not only that, but the entrance to the Eaton Centre is across from Dundas Square, one of the primary meeting spots for Toronto’s stoner population on 4/20. When Matt splits off to get snacks for Jay since he is hungry, they both get lost in the crowd. This sets both of them on different trajectories for the rest of the episode but not before Matt gets mobbed by a rabid group of stoners looking to munch on the chips he bought for Jay. This moment of spontaneous chaos is already an all-time great moment in the show but that it then leads into a credit sequence inspired by The Walking Dead makes this whole sequence a brilliant piece of referential media. I am consistently amazed that unscripted moments with real people can blend so well with Matt and Jay’s pop cultural sensibilities.

From there, Matt is on a mission to get Jay a great present in the mall, while Jay stumbles through downtown Toronto in a stoned haze. Matt’s trajectory is fairly simple, in that he goes from store to store picking up different clothing items he thinks Jay might like, all the while not realizing he is getting things he wants for himself. This whole fashion montage, inspired by Fashion Television circa 1995, furthers Matt’s vanity and lack of compassion for Jay. Not only did he forget Jay’s birthday, he is not even able to buy him a gift. As Matt is heading home after his shopping spree, and emboldened by his fresh new look, he wanders in to the Rivoli on a whim, asking to get a gig because it is his band mate’s birthday. The bartender asks, “You’re a band?” Matt mishears this as, “you’re banned,” and runs out of the Rivoli in a panic, thinking they have been banned from entering the premises. At the end of the episode, Matt’s purchases also inspire the episode’s only other significant TV reference. A scheming Matt goes to put on his new, black, fedora, while the Heisenberg theme from Dave Porter’s score for Breaking Bad plays. This cue suggests that Matt’s trajectory going forward will be more devious, selfish and potentially dangerous, much like Walter White’s decent into villainy.

While Matt goes full Heisenberg, Jay is off on his own drug-induced adventure. When he first splits from Matt in the 4/20 crowd, Jay runs in to Marc Emery. He, the marginally famous legalization advocate best known for serving jail time in the US after Canadian police arrested and extradited him for the United States Drug Enforcement Administration, gives Jay a pot brownie. Matt was supposed to be getting snacks before they lost each other in the crowd, so the broke and hungry Jay eats Emery's edible. This marks the second time this season Jay has been unwittingly drugged. As Jay wanders around town, he encounters a handful of interesting characters but the standout is a spaced out street philosopher who appears to be about as high as Jay is. After Jay tells him it’s his birthday, this Socrates from outer space offers the sage wisdom: “I don’t think you’re going to count from now on. You’ll just, like, infinity, forever more. ‘Cause the more you count, the more, the more it is that calculation.” The reframing of the mob of stoners to resemble a horde of zombies is by far a funnier joke but this is one of the WTF moments that makes this show so fascinating. As Jay repeatedly proclaims that it is his birthday, only to have this spectre from another plane repeatedly reply, “I don’t think you’re going to count from now on,” it makes the whole thing even more bizarre.

Once again, there are no credited actors in the episode, nor any Special Thanks at the end of the credits. This leads me to believe that the Marc Emery encounter was not planned, nor was the Rivoli bartender in on the ‘banned’ misunderstanding, nor was the caterpillar from Alice in Wonderland fed any lines. This is hard to believe, but if years of habitual pot smoking during my teens taught me anything, anything is possible on 4/20.
Posted by Alexander at 09:00 2 comments:
Email ThisBlogThis!Share to TwitterShare to FacebookShare to Pinterest 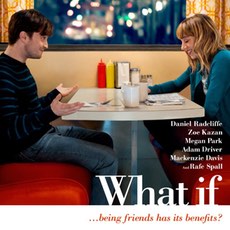 What if two friends occasionally meet to talk about Canadian movies? William and Alexander navigate the pitfalls of being podcasting pals while they chat about the 2013 relationship movie The F Word. Also known as What If, it's the second Michael Dowse film we've put under the scope.

Find out more about this movie on its IMDb page: The F Word. We talked about Goon on an earlier episode.
Posted by Will Lee at 02:08 No comments:
Email ThisBlogThis!Share to TwitterShare to FacebookShare to Pinterest
Newer Posts Older Posts Home
Subscribe to: Posts (Atom)